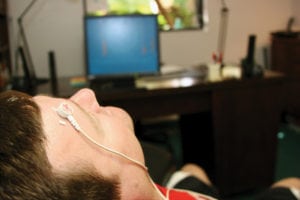 The strategy has been researched for 40 years, but more recently, especially as a result of the increases in computer processing power, has started migrating out of university laboratories and into offices. With respect to ADHD, many different researchers have conducted research showing the effectiveness of the treatment (whether the attention deficit is with or without hyperactivity). Although the procedure would still be considered experimental for other conditions, the research is sufficient to no longer consider it an experimental approach for ADHD. While the results may vary from individual to individual, it is a promising treatment for ADHD that can markedly reduce attention deficit symptoms. It can thereby result in the reduction or elimination of the need for medication, although behavioral interventions may remain necessary.

The brain works using a process combining biochemical and electrical activity so that the brain’s neurons (the brain’s nerve cells) can communicate. So long as the brain is alive it generates electrical fields that can be measured as brainwaves. Research indicates that people with ADHD have not enough of one kind of brainwave (called beta) and too much of another kind of brainwave (called alpha) in the frontal part of their brain. It is not that the brain is damaged, but more like part of the brain is in idle when it would be better to be at full throttle. Neurotherapy is a process of teaching a person to change his or her own brainwave patterns, in the case of ADHD activating areas that are idling. When the brainwave patterns change, the symptoms of ADHD are usually reduced. 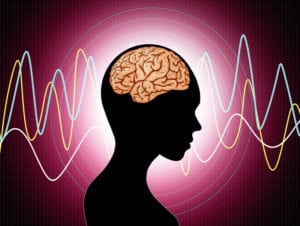 Neurotherapy involves measuring a person's brainwave patterns through sensors (wires) placed on the scalp (and ear). The procedure is noninvasive; the wires do not prick the skin, are safe, and are painless. A computer analyzes the brainwave patterns and translates the patterns into an understandable visual and/or auditory format that is fed back to the individual on the computer screen and speakers. The person does not need to understand brain activity or the process of biofeedback to learn to change his own brainwaves. For example, clients can be taught to play computerized games using their brainwave activity. When the desired brainwave pattern is produced, the game continues. When the brainwave pattern falters, the game pauses. Through this process, the client learns to change his brainwave activity. For people with ADHD this corresponds to learning to focus, pay attention, and process information more deeply. It is also practiced while doing school- or work-like activities, helping her to learn to use the new brainwave pattern in daily activities. Evidence suggests that once the brain learns to operate more efficiently, it continues to do so.

It takes time to learn to change brainwave patterns. The course of neurotherapy varies from person to person, with effective treatment usually requiring 20 to 40 sessions. Most individuals with ADHD who undergo neurotherapy treatment report reduced ADHD symptoms, irritability, and oppositional behavior as well as improvements in school/work performance, social relationships, and self-esteem. Negative side-effects should not occur, although rarely individuals with sensitive skin can experience irritation, brief periods of negative feelings can arise, and families can experience problems adjusting as one family member improves (which would be present with any successful treatment)

The staff at Innovative Learning Professionals is excited to offer this promising new treatment alternative for those with ADHD. It can be combined with other treatment approaches, both traditional and alternative.